Dr. Briggs joined Athens Smiles in July 2011, and purchased the practice October 1, 2011. He received his Bachelors degree in Chemistry and Biology from Lamar University in 2002: he then received his Doctor of Dental Surgery degree at the University of Texas Health Science Center- Houston Dental Branch in 2007. Upon graduation he entered the U.S. Air Force and was stationed at Sheppard Air Force Base in Wichita Falls where he completed a general practice residency. Dr. Briggs and his wife, Lyndi, have 5 children, including a set of quadruplets. They have researched the Athens area thoroughly and are very excited about settling and raising their family here in Henderson County. On the personal side, Dr. Briggs enjoys fishing, hunting, riding his motorcycle, spending time with his family and is an active member of his church. 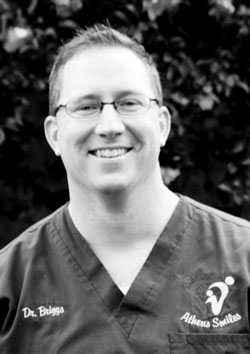 Dr. Florence joined Athens Smiles in November 2012, along with his long time assistants Lori and Shirley. He has practiced dentistry for 37 years in Athens. In 1970 he joined the Air Force and served 2 years. He received his Doctor of Dental Surgery in May 1973 at the University of Texas Health Science Center-Houston Dental Branch. Dr. Florence and his wife, Carla have been married for 41 years and have 2 children together, Hollie and Bo. He enjoys spending time with his family and his 2 grandchildren along with piddling with his tractor and he loves to shoot guns. 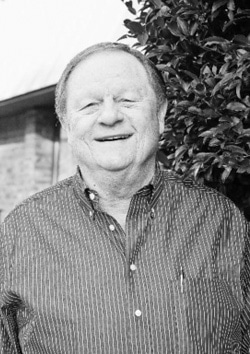 Byron and Lyndi were married May 2001 in Houston, Texas. She completed nursing school at Lamar University in 2002. In July 2002 their first daughter Sydney was born, followed by Quadruplets in April 2004. When Lyndi is not working she stays busy with their Quadruplets, but enjoys serving at her church and visiting her family and friends. Lyndi brings a beautiful vision for the future of Athens Smiles and enjoys being active in the community and local schools. She is an advocate for those without a voice and an inspirational individual to many. We are lucky to have her at the helm of our ship!! 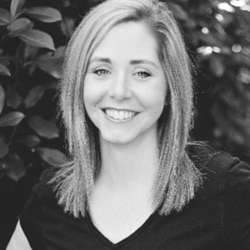 Crystal brings 10 years of dental experience in this office to the table. She has been present throughout the changes this practice has seen throughout the years and has become a dynamic member of this team. Her passion for people and success, make her the perfect guide to helping this practice stay true to its mission. She is available to discuss and accommodate your every dental need and is always searching for ways to keep us involved in community events. She is serious about her job, seeks to please, and is extremely flexible in helping you to discover a way to make treatment possible. She is currently pursuing a degree in Healthcare Administration at TJC full-time and intends to graduate in the Spring of 2019. She enjoys the cold months, singing, vacationing and working out with her husband and shopping with her step-daughter, Maya. 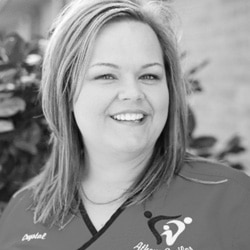 Jennifer joined Athens Smiles May 2010. She has been a dental assistant for over 20 years and attained her degree as a Registered Dental Assistant in 2009. In 2005 she graduated with honors and became a Certified Medical Assistant and Phlebotomist. When she is not at work, Jen spends her free time with her husband Ryan and their 5 daughters, Alexa, Izzy, Taylor, Sophie and Braylee. Her hobbies include keeping up with their daughter’s schedules, riding four wheelers, photography, hunting and spending time with her family and friends. 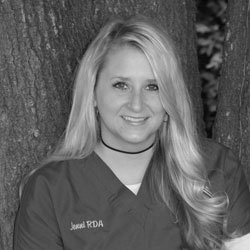 Nora has been practicing dental hygiene for 26 years in East Texas, she joined Athens Smiles October 2008. Nora has been married for 40 years to Wally and they have 2 daughters, 2 granddaughters and 1 grandson. She enjoys reading, sewing, camping, spending time with her grandchildren and her pets. 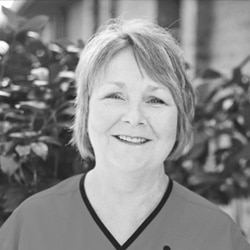 Stephanie was born and raised here in Athens. She graduated with honors from Athens High School. Stephanie was a member of Phi Theta Kappa at TVCC, a member of Sigma Phi Alpha at Tyler Junior College and graduated with the Dean’s Award in Dental Hygiene from Tyler Junior College in 2008. She joined Athens Smiles June 2008. Stephanie is married to Armando and they have 2 children, Eli and Kassidy. She is very active in her local church and also very devoted to her family. Stephanie and her family enjoy and spend a lot of time involved with various activities and organizations throughout the community. 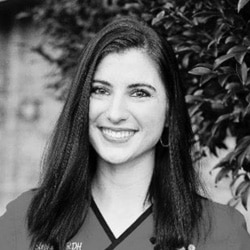 Denise and her family moved from Wellington, Kansas in 2002. In 2006 she received her dental hygiene degree from Tyler Junior College. She has been married for 24 years to Michael and has 2 sons, Alex and Nathan and Grandma to Addis and baby Garner, due April 2018. Denise enjoys traveling, photography, attending sporting events and spending time with her family and friends she has met throughout the years. Denise has been an active member of this team since 2007. 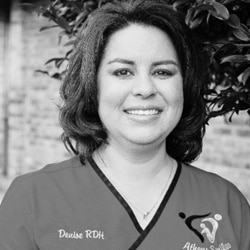 Danice joined Athens Smiles in May 2012 she has been working in the dental profession for 30 years. She graduated from Cayuga High School in 1970 and then she took a job for Dr. Richard Campbell DDS here in Athens till his retirement in 2007. She has two grown children both of which graduated for Athens ISD. Danice is a registered clinical dental assistant. She loves to garden, fish and spend time with family and friends. She also hopes to help those in need with their dental health, by providing the best care possible. 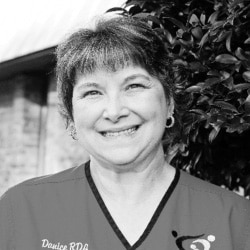 Zina is a Registered Dental Assistant and has been assisting for over 20 years. She worked mainly in the Fort Worth area, where she was also the Implant and OSHA Coordinator. In 2010 she moved to Athens and joined Athens Smiles in July 2011. She has 2 children April and Tony and 5 grandchildren: Sydney, Jacob, Bryce, Alyssa, and Erin. Outside of work, Zina enjoys spending time with family and working with her animals. She also enjoys being outdoors, going to the lake and going to the drag races. Zina loves being a dental assistant so she can help ease patient’s fears and help get their smile back.

Emily Carter joined our practice in 2017 straight from Abilene, Texas. She is an active mom to 3 kiddos. She is the jack of all trades and has experience in a multitude of fields. She is a people pleaser and eager to learn how to better serve our patients with her experience in medical insurance billing. Emily brings a certain wittiness and quirky character to our practice and we love having her here. When Emily isn’t working she enjoys spending time with her kids and German Shepard, Ruger.